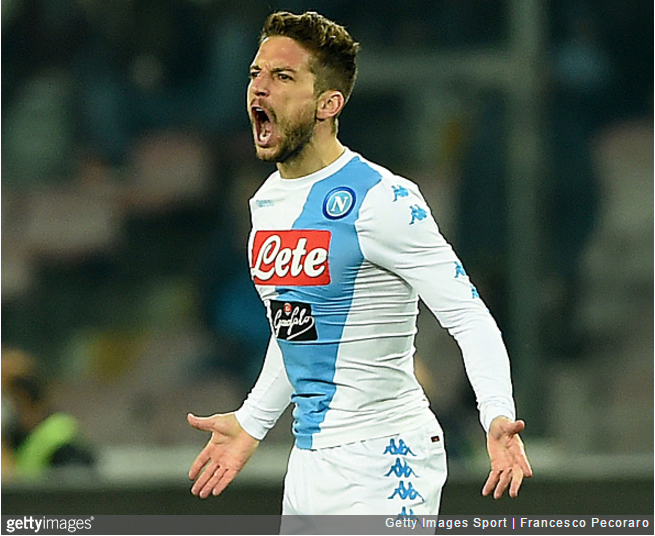 Juventus just about squeaked through to the Coppa Italia final by edging out Napoli on aggregate come the end of Wednesday evening’s semi-final second leg.

Carrying over a 3-1 lead from the first leg, Juve fell to a 3-2 defeat at the Stadio San Paolo – two goals from popular Napoli old boy Gonzalo Higuain ensuring an overall victory for the Old Lady.

Wow, Higuain booed during warmup: first he does like “I don’t hear you”, then point at Napoli president De Laurentiis as saying ‘Blame him’ pic.twitter.com/XQIXriJqel

However, the most notable goal of the evening was scored by Dries Mertens, with the Partenopei forward taking around about eight seconds to open his account for the night.

Mertens came bounding onto the pitch to replace Arkadiusz Milik in the 61st minute and, without breaking stride, had the ball in the back of the net shortly thereafter thanks to a ricket from Juve reserve ‘keeper Neto…

How’s that for an impact sub?

On the subject of Mertens, that’s 10 goals in his last 12 appearances for Napoli. The man’s on fire.