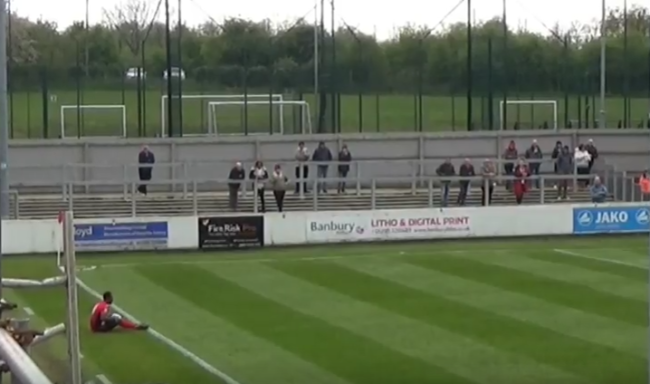 This can only go well… (Image: Gainsborough Town)

Brackley Town could only managed a goalless draw against Gainsborough Trinity in the National League North on Monday evening, though it wasn’t for the lack of endeavour.

Indeed, the hosts tried everything Trinity down, even debuting a strange new prototype throw-in strategy in a desperate bid to break down the defences.

For reasons unbeknownst, the set-piece in question entailed a player taking the aforementioned throw-in from a seated position.

Sure enough, it went about as smoothly as you’d expect…

Yeah, we don’t see that one catching on anytime soon lads.

Full points for originality though.