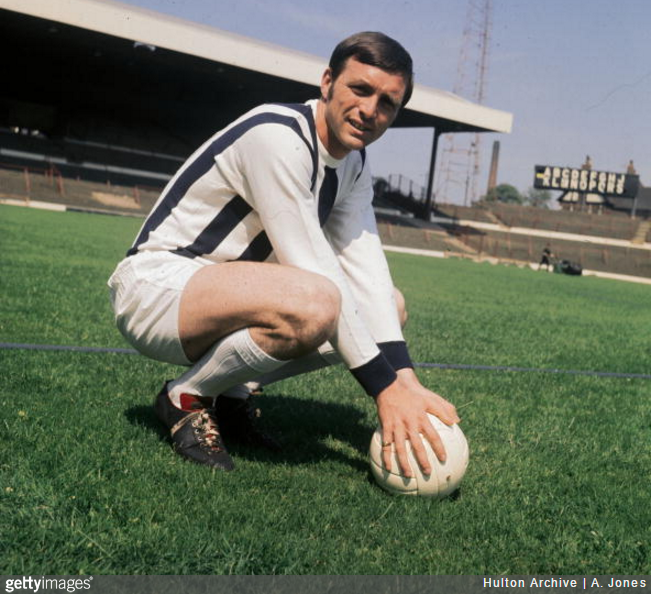 Desperately chasing the win to stay in contention with Arsenal at the top of the table going into the last few games of the 1970/71 season, Leeds found themselves 2-1 down against West Brom when Jeff Astle scored on the break despite the linesman flagging wildly from the touchline. 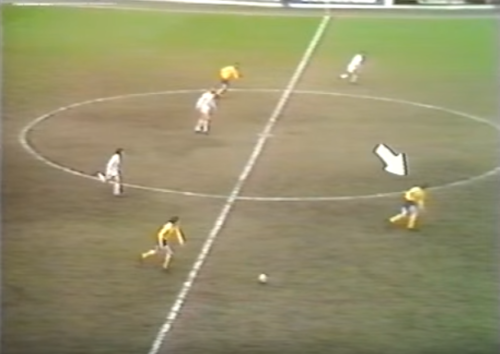 Referee Ray Tinkler ignored the flapping flag, adjudging that Baggies midfielder Colin Suggett wasn’t interfering with play when Tony Brown raced past him before squaring the ball for Astle to tap home.

Leeds… well, it’s fair to say that Leeds weren’t quite so happy with Tinkler’s interpretation of the rules.

Classic shriek from Barry Davies there – “Leeds will go mad and they’ve every right to!”

Discussing the incident with the Guardian many years after, Tinkler maintained that he made the correct decision:

Now it’s true that one of the West Bromwich players, Colin Suggett, had been standing in an offside position when Tony Brown intercepted a pass and raced clear of the Leeds defence.

My linesman raised his flag straight away but I waved him down – the ball never went anywhere near Suggett. He saw my signal, but the problem was he didn’t move. He should have lowered his flag and tried to keep up with play.

Because he didn’t move, several Leeds players wrongly assumed that play had stopped.

Tinkler also recounted that he was taken aback by the ire directed at him by the Leeds contingent after, as he put it, “the roof fell in” at Elland Road:

The Leeds players surrounded me, even the club secretary got involved later. I won’t tell you the name of the person, but one of the Leeds players said to me: “You cost us a lot of money today.”

And I said: “If that’s all you’re playing for, good luck to you.” Their attitude afterwards was that my decision cost them the title.

I just said they shouldn’t have lost so many points elsewhere.

Sure enough, Dirty Dirty Leeds went on to win their remaining three games of the season, only to finish one point behind Division One champions Arsenal.

As punishment for the poor conduct of their fans and players in the aftermath of Astle’s goal, they were also banned from playing their first four games of the 1971/72 season at home.