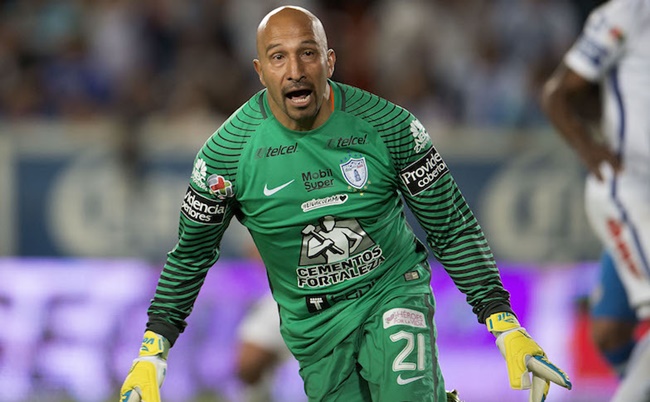 Sincere congratulations are due to Pachuca ‘keeper Oscar Perez who, at the grand old age of 44, officially joined the Mexican chapter of Grand Ancient Antediluvian Order Of The Goalscoring Goalkeepers last night.

Perez, nicknamed ‘The Rabbit’, popped up in the 93rd minute to head home an equaliser against his former club, Cruz Azul, for whom he holds legendary status having made almost 500 appearances over nigh-on 20 years.

Did he celebrate? You bet your sweet caboose he did…

Just to add another layer of weirdness, Perez is actually on loan at Pachuca from Cruz Azul and has been since 2013.