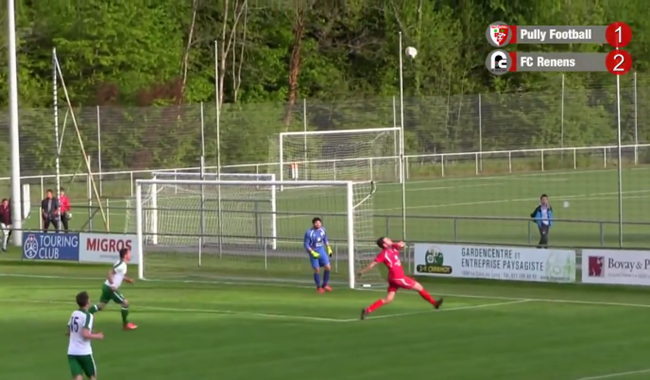 Just when you thought you’d seen it all, some beautifully graceful clod down in the Swiss lower leagues goes and redefines the very essence of the spectacular own-goal.

Indeed, with Pully already trailing 2-1 at the time, one of their defenders decided the time was nigh to attempt a needlessly acrobatic clearance on the edge of his own six-yard box.

The result? Well, you can probably guess…

For the record, Pully went on to rescue a 3-3 draw before winning 7-6 on penalties, but that’s hardly the point here.