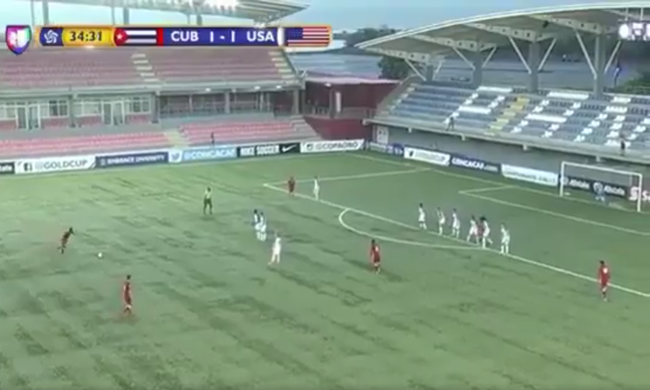 From there? Surely not…

Cuba defender Karel Espinosa suffered a missile crisis of his very own during his side’s recent CONCACAF Under-17 Championship group stage tie against the United States.

Standing over a dead ball placed roughly 40 yards out from goal, Espinosa took responsibility and promptly managed to send an absolute blunderbuss of a shot sailing out of the stadium…

U-17 Cuban player freekicks the ball out of the stadium
(Video Credits: @AS_TV ) pic.twitter.com/6Q6fPXTysv

With range like that, he may want to consider an early career switch to an NFL special team.

Cuba went on to lose 6-2, finding themselves dumped out of the tournament as a result.