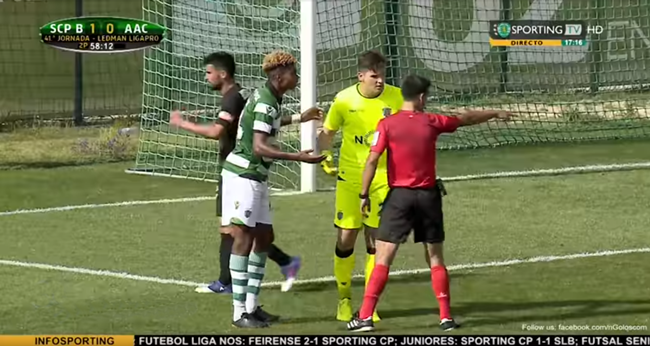 Poor old Budag Nasirov somehow managed the extraordinary feat of both conceding a penalty and getting himself booked over 15 minutes before he came on as a substitute during Sporting Lisbon B’s recent Segunda Liga tie against Academica.

Bizarrely, the 20-year-old Azerbaijani was warming-up behind the Sporting goal when he was penalised for handling a wayward cross before it had gone fully out of touch.

Sure enough, the referee noticed the handball and promptly pointed to the spot…

Nasirov was cautioned for interfering with play before Academica striker Rui Miguel converted the resulting spot-kick.

Just to make matters worse, Miguel then scored against 10 minutes later to secure a 2-1 away win for his side.