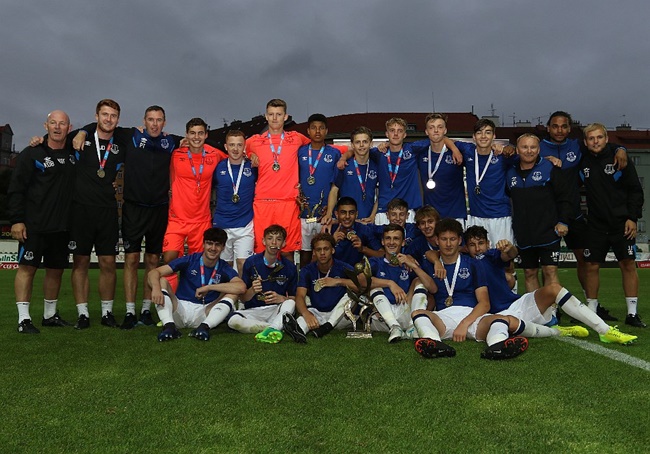 Lo and behold, it was Everton that ending up whisking the Generali CEE Cup back home to Merseyside with them.

A resounding 3-1 victory over fellow countrymen Burnley ensured that the Toffees were the first team from outside Eastern Europe to win the seventh annual staging of the fast-growing and increasingly prestigious youth tournament.

On the run to the final, Burnley had more than cemented their credentials as legitimate trophy winners, having disposed of two-time winners Sparta Prague in the thumping heat of the CEE Cup’s opening game.

In training the day before the final, the Clarets looked feisty – strong, quick and perhaps most importantly when it comes to tournament football, a well-drilled cohesive unit replete with a collective never-say-die attitude.

He hasn’t been in the job very long, but manager Danny Cadamarteri – himself a former Everton player, rather ironically – kept his players in a relaxed, jovial but focused state of mind.

Everton were going into the game as heavy favourites, but Burnley looked more than capable of causing an upset. 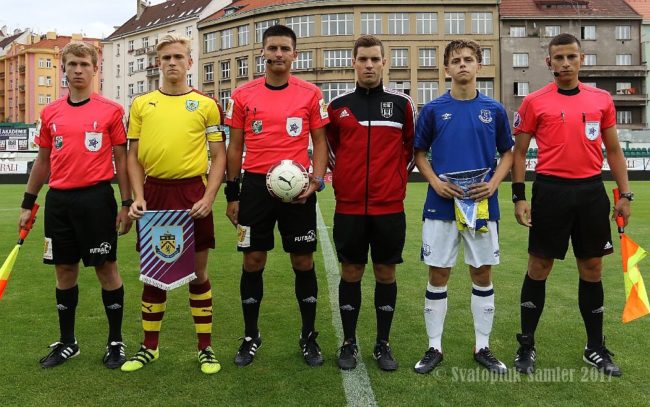 Burnley and Everton gear up for the final (Photo: CEE Cup/Facebook)

However, the form guide prevailed and Everton triumphed in a game that they largely deserved to win, yet still had to fight for.

Had it not been for Everton’s two-goal hero Tom Warren, things may have wound up a lot different, but football is a game of fine margins.

It’s the final of the @cee_cup and I’m here at the Dolicek Stadium having a whale of a time frankly. pic.twitter.com/JHexYCA1ur

It was in the utilitarian environs of the Dolicek Stadium – the home of Bohemians 1905 – that this youthful Merseyside team fulfilled their destiny, and no stone had been left unturned in the quest to make the game as much of a special occasion as possible.

A visit from Britain’s ambassador to the Czech Republic, Jan Thompson, and a rendition of God Save The Queen sprinkled the affair with a sense of official-ness; this wasn’t just some kickabout for the kids, this was very much the real deal.

Indeed, Burnley discovered the true sense of the phrase “real deal” to their cost when Everton starlet Warren stuck home his first of the evening on the 16-minute mark.

Having pegged Burnley back from the off with some relentless pressure, Everton struck decisively and left their opponents with a mountain to climb. 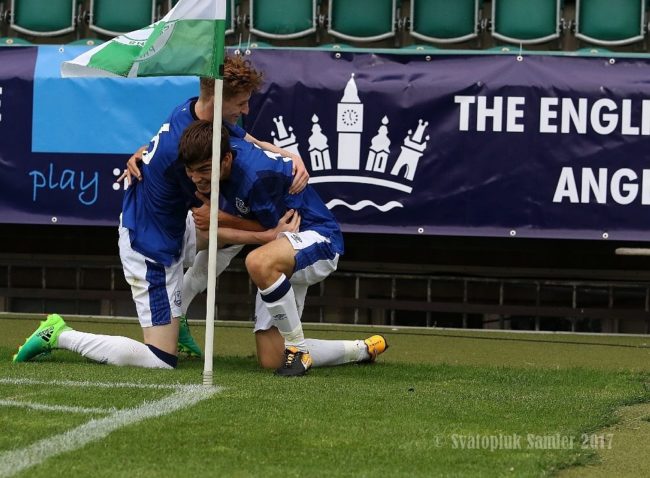 A high ball into the 18-yard box was collected neatly by Warren, who needed one economical touch before powering home a left-footed strike across the face of goal and away from the sprawling Burnley goalkeeper. It proved a sign of things to come.

Just 190 seconds later, Ellis Simms notched his sixth goal of the tournament to double Everton’s lead and put the game beyond doubt before half-time.

Another surgical long-range pass sliced through a backtracking Burnley defence, with Simms latching onto it without breaking stride to smash home his side’s second goal in roughly as many minutes.

Having failed to register more than a handful of lacklustre attempts on goal, it looked like Burnley would need a miracle to haul themselves back into contention. 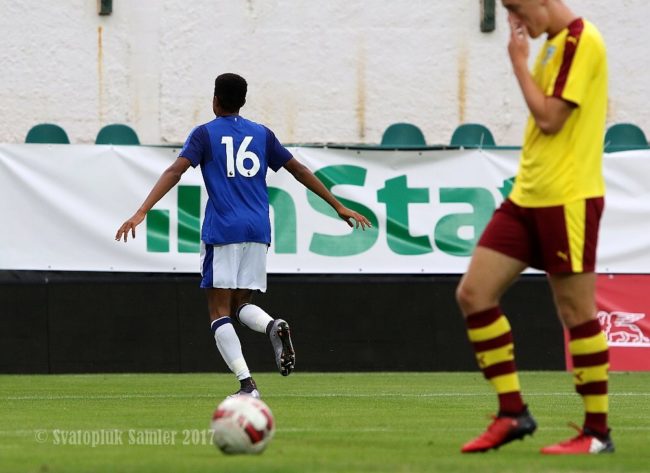 Ellis Simms wheels away after scoring his sixth goal of the tournament (Photo: CEE Cup/Facebook)

To that end, the Clarets were resurgent in the second half, finally testing Everton’s Nicolas Defreitas-Hansen between the sticks by forcing him to palm away a strike from Michael Fowler on the hour mark.

It was that man Fowler who then gave Burnley hope on 73 minutes when he took advantage of a miniature goalmouth scramble to prod home from less than six yards out. Everton 2-1 Burnley. Game on!

Alas, the brief uprising was all in vain as Everton made sure of their victory three minutes thereafter – Warren grabbing his second with a low deflected drive.

It was to be the deathblow for Burnley, who had the wind taken out of their sails after finding themselves two goals down again.

Everton went on to claim their trophy and the spoils of war. Not only was a great show of the future of English club football, but also a fine display of organisation, passion and of charity from the CEE Cup itself.

From the outset the CEE Cup showed a fantastic commitment to showcasing the values of the game, the special moments it can create and the simple act of getting people together to work toward a common goal (pun very much intended, fight me).

From day one – including Burnley’s huge win over Sparta – the work and dedication displayed by all involved just became more and more impressive as the tournament rolled on.

The final – a bright, loud, fun and skill-laden affair – was a worthy end to a competition that will be looking with relish toward its eighth incarnation in 2018.

It was a competition chock-full of little surprises, and that can perhaps stand as the overriding theme of the whole event.

FAltinordu’s cameo as a team of fearsome thigh-slapping Turkish warriors, Leicester’s early exit, the gritty Northern perseverance of Burnley, the bewildering 10-0 destruction of Prostars by Sparta Prague; the story arcs, the sporting prowess, the flawless execution of the entire tournament; I leave the CEE Cup with a genuine sense of satisfaction. It’s not often that can be said of all that we do and undertake.

What might we see next year? Another phalanx of Premier League clubs making their way to Prague? Maybe one of the true European giants will pop their head around the door and see what all the commotion is all about.

For now, you heard it here first from Who Ate All The Pies.

Our only hope is that we’re able to bring you similar field reports from the beautiful city of Prague this time next year.