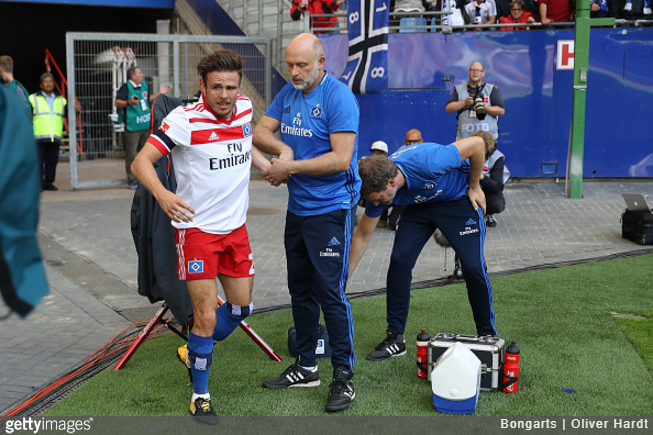 Hamburg opened their Bundesliga campaign with a 1-0 win over Augsburg, with winger Nicolai Muller grabbing the only goal of the game.

Alas, the eighth-minute goal also saw Muller’s involvement in the match come to an abrupt end when he ruptured his anterior cruciate ligament in the act of celebrating it…

As per the German press, Muller is now expected to be out injured until the far end of March.

Still, nice of him to drop in and show his face.