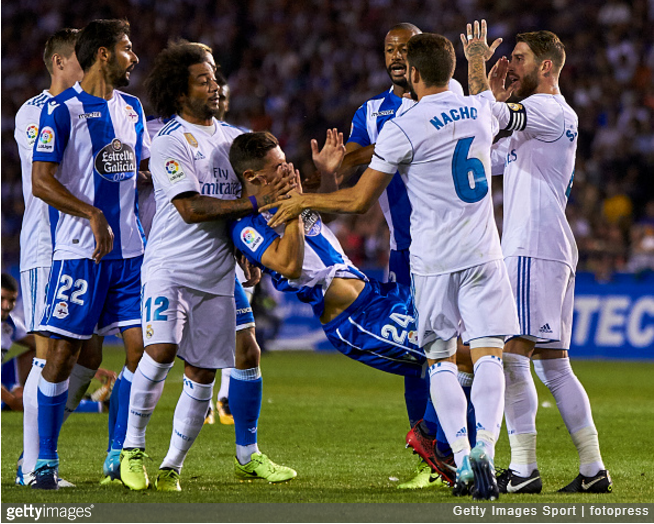 A congratulatory doff of the cap is most definitely due to Sergio Ramos, who equalled a long-standing Spanish record in Real Madrid’s opening game of the league season on Sunday evening.

Real came romping out of the traps with a 3-0 away win over Deportivo la Coruna, but it was Ramos’ final contribution to the evening’s entertainment that will live longest in the memory.

Soft as a mattress made of Flumps (a Flumptress?) but a sending-off nonetheless – the 18th of Ramos’ league career, meaning he moves level with fellow centre-halves Pablo Alfaro and Xavi Aguado as the three players to have been shown the most red cards in La Liga history.

However, it was also the 23rd overall dismissal of Ramos’ career, meaning he still has some way to go to break the all-time world record set by infamous Colombian bruiser Gerardo Bedoya, who was sent off 46 times in career that spanned 20 years between 1995 and 2015.

Still, Ramos is only 31 so he’s got plenty of time left to hunt that milestone down.