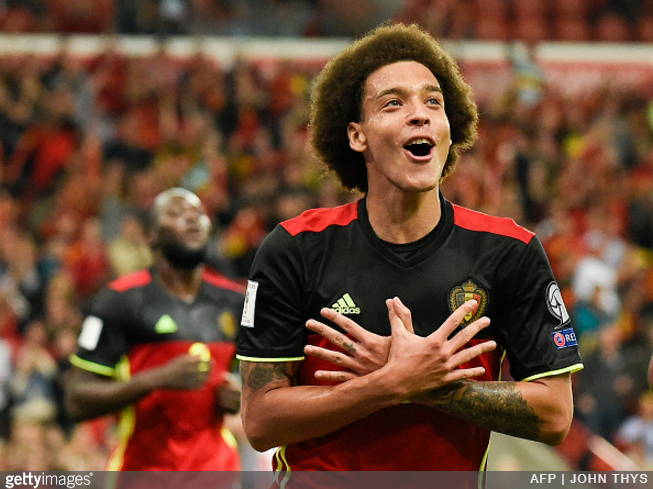 While the Deadline Day nonsense continued to spew out of every media orifice, some players were actually getting on with playing some serious football, courtesy of a slew of World Cup qualifiers.

One such game, featuring Roberto Martinez’s Belgium and perennial minnows Gibraltar saw hardman Axel Witsel score a cracker and then get sent off within the space of about 13 minutes, the loon.

The Tianjin Quanjian star saw red in the 40th minute of the World Cup qualifier in Liege, after a needlessly dangerous challenge on Jamie Bosio.

It’s hardly the worst challenge we’ll ever see, but with his side already 5-0 ahead, it really wasn’t necessary.

Witsel himself was among those goals, netting a spectacular bicycle kick not long before his sending-off…

Man Utd hitman Romelu Lukaku would bag a brace by half-time with Chelsea’s Eden Hazard returning from injury and getting on the scoresheet too.

Ultimately, Belgium would win the game 9-0, with Lukaku and Thomas Meunier both nabbing hat-tricks in a predictable stroll for the Group H leaders.