England toiled away to minnows Malta on Friday night, with three late goals flattering Gareth Southgate’s men in a 4-0 win.

Starting with Jake Livermore in midfield and new Liverpool signing Alex Oxlade-Chamberlain out wide, England struggled to find a way past an organised and combative Maltese side in the first-half.

At the break, Marcus Rashford replaced the ineffective Raheem Sterling and the Man Utd man’s pace kickstarted the visitors’ performance.

It took until the 53rd minute for the Three Lions to finally make the breakthrough, with Harry Kane firing home from close-range after being set up by Spurs teammate Dele Alli.

However, the failed to open the floodgates for England until the final five minutes, with Ryan Bertrand making it 2-0 via a long-range effort which ‘keeper Andrew Hogg failed to deal with.

Sub Danny Welbeck then scored courtesy of a smart finish from a Kane assist.

Finally, Kane himself got his second of the game after a fine pass from Rashford, who ignored calls to kick the ball out of play with a Maltese player down injured.

However, the disappointing display is sure to have concerned Southgate ahead of Russia next summer, where there won’t be many minnows waiting for them. 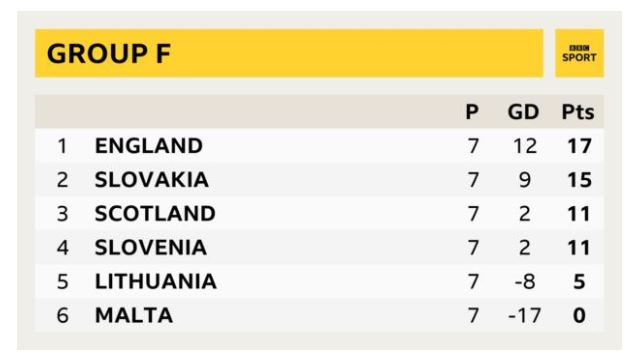