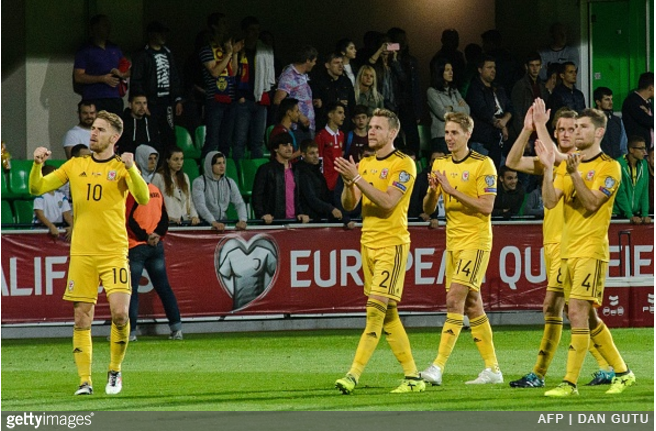 Wales’ hopes of a place in next summer’s World Cup were given a major boost on Tuesday night, with Chris Coleman’s charges beating Moldova 2-0 in Chisinau.

However, it took until late in the game for the Welsh to break the deadlock against a stubborn Moldovan side.

Once again, it was Liverpool starlet Ben Woodburn who would make the difference from the bench, this time setting up fellow sub Hal Robson-Kanu after a superb run and cross on 80 minutes.

Moldova, who gave as good as they got throughout the game, then almost leveled the scores, with Andrei Cojocari forcing Wayne Hennessey into a fine save.

However, another goal would come for the visitors in injury-time, with Aaron Ramsey seeing his effort deflected in.

Despite a less-than-convincing display overall, the Welsh ran out 2-0 winners, a result which sees them leapfrog the Republic of Ireland and claim second place in Group D, four points behind leaders Serbia.

Wales now face October clashes with Georgia and then Ireland, with at least a play-off spot now very much in their own hands.