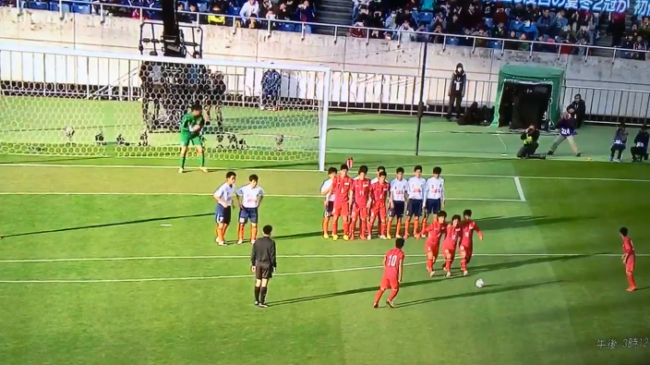 These days it’s positively ubiquitous, but as strange as it is to think, the world had never seen the now-humdrum “walking wall” set-piece routine before January of last year.

Largely uncredited as they may be for innovating and subsequently adding such an instant staple to the football repertoire, ’twas the football team from East Fukuoka High School who first demonstrated the Monkees-style routine.

Forming a second wall to baffle their opponents, the trio of East Fukuokian brothers-in-arms went striding backwards from the ball before ducking at the crucial moment to allow the shot to whip over their heads and into the far corner…

Incredible to think that this was effectively Genesis for a set-piece ruse that is now itself considered industry standard.

Thank-you East Fukuoka. You changed football as we know it forever.