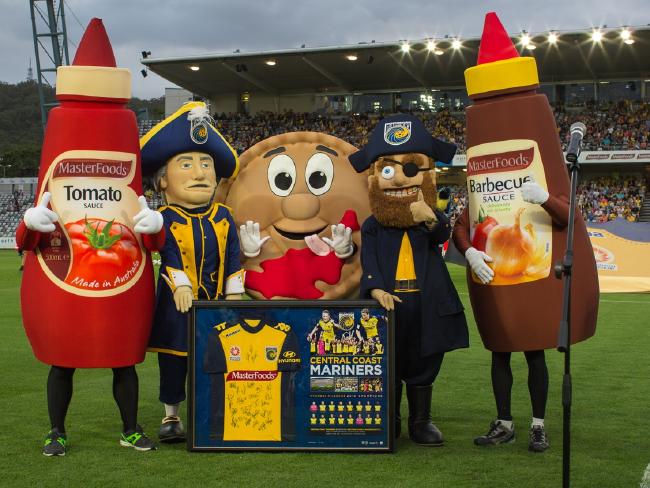 One of Central Coast Mariners’ phalanx of mascots has been given an official warning by the A-League after becoming embroiled in a minor spat with Newcastle Jets fans during the meeting between the two sides on 7th October.

The Mariners fell to a hefty 5-1 home defeat, with Jets fans filmed giving the hosts’ ever-present MasterFoods mascots, a bottle of tomato ketchup and a bottle of barbecue sauce, a rousing rendition of “Who are ya?” from the terraces.

While ketchup played along, barbecue was less receptive, instead presenting the travelling fans with a stoic middle finger salute…

Central Coast Mariners’ barbecue sauce mascot having absolutely none of it… pic.twitter.com/LgS6lHZnPM

MasterFoods have since confirmed that the barbecue bottle has been administered with a formal “yellow card” warning, but will be allowed to return to pitchside for Mariners’ next game against Melbourne Victory on 29th October.

In a statement issued to the Central Coast Express Advocate, MasterFoods said:

The MasterFoods barbecue sauce bottle mascot has been given a yellow card after its response to Newcastle Jets fans,” MasterFoods said in a written statement to the Express Advocate.

While the sauce bottle mascots are synonymous with A-League games hosted on the Central Coast, the behaviour of the barbecue sauce bottle is not reflective of the family friendly MasterFoods way.

You’ll see the sauce bottle mascots in finer form at the next home game.

Following his yellow card, barbecue knows that another one might mean some time on the bench and a promotion for mustard to the starting line-up with tomato.

Quite right. This kind of aggro needs stamping out at source/sauce.