There were rare old scenes in Monterrey yesterday as roughly half-a-million Tigres fans swarmed the city streets in celebration of their team’s Liga MX title victory.

According to the Nuevo Leon government, the 500,000-ish fans stretched out for 10 kilometres between Tigres’ stadium and Macroplaza in downtown Monterrey, all decked out in yellow and blue, waving flags and generally being merry. 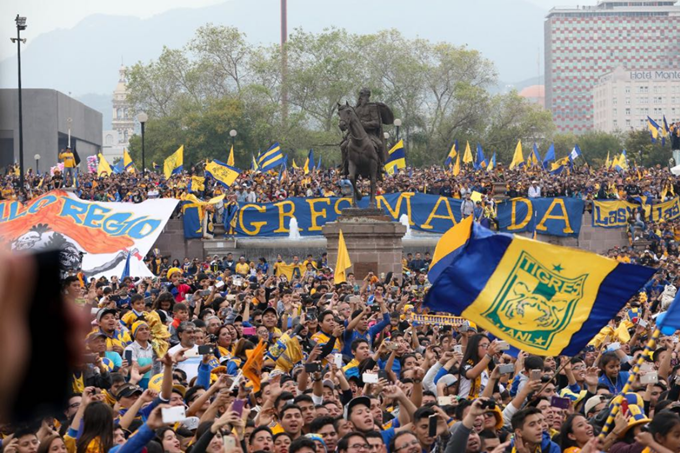 The victorious Tigres squad made their via bus down the Explanada de los Heroes, trailed by some 400,000 fans, who joined 100,000 more waiting eagerly in the central square. 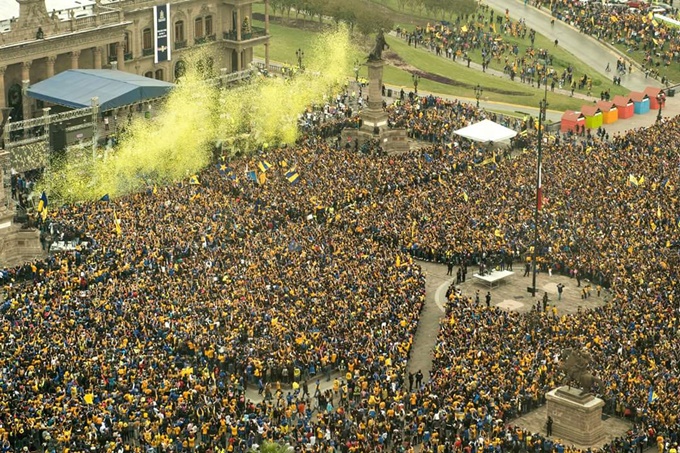 What’s more impressive is that Monterrey ‘only’ has a population of around 1.1 million people, meaning that around half of the entire city turned out to herald the champions.

Even if you extend that to the population of the wider metropolitan area (around 4 million people), it still means around 13% were packed into the plaza. 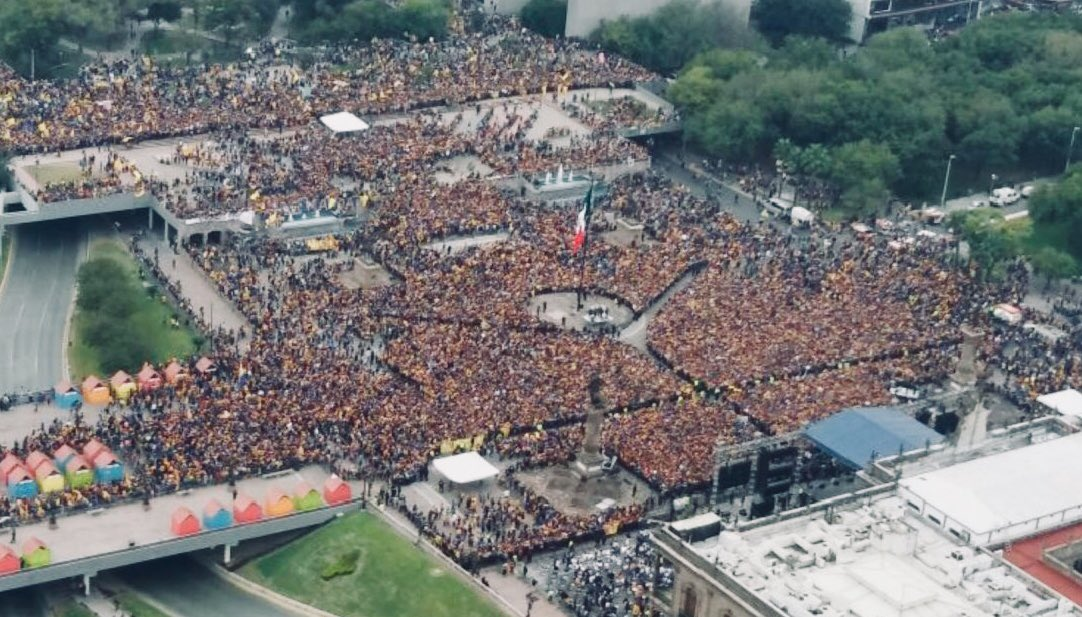