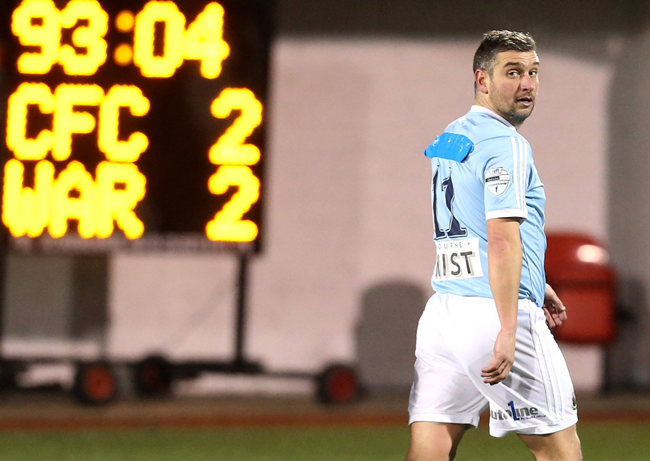 Warrenpoint Town manager Matthew Tipton certainly lived up to his billing as an impact sub as his side were sent tumbling out of the Irish Cup by Cliftonville at the weekend.

A former Wales Under-21 international, Tipton included himself among the substitutes for the fifth-round tie, finally making the decision to bring himself on for the latter stages with the score precariously locked at 2-2.

What are you at @matthew_tipton 😣

Cliftonville, who had also had a man sent off in the 67th minute, went on to snatch victory as Warrenpoint eventually fell to a 4-3 defeat.

As you might expect, Tipton cut an incredibly contrite figure after the final whistle as he apologised to absolutely everybody for his foolhardy lapse…

Poor devil. He was only trying to help.