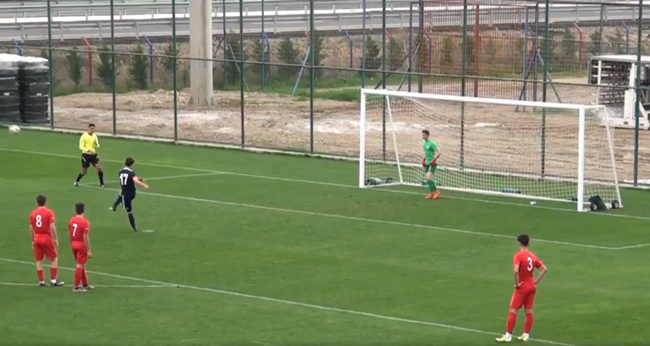 A remarkable instance of sporting fair play took place during the youth match between Turkish sides Altinordu FK and Balikesirspor Baltok over the weekend.

The fun began when a Balikesir defender quite literally took the law into his own hands by picking the ball up inside his own 18-yard box after preempting an offside call, only for the referee to award a penalty for deliberate hand-ball.

However, unwilling to capitalise on what was quite clearly an honest error, designated spot-kick taker Bariscan Altunbas refused to shoot at goal and simply whacked the penalty out for a throw-in instead.

Happened today in Turkish U17 game between #Altinordu and #Balikesir Baltok. Player of Balikesir thought the possession is offside and takes the ball with his hands in the penalty box. But Altinordu player #Bariscan Altunbas shoots the ball out.pic.twitter.com/UpwL2ErJOy#fairplay

Nice to see, especially considering the ‘win at all costs’ mentality that has become so prevalent in today’s game. Maybe the kids are alright, after all.

You might be interested to learn that Altinordu’s entire club ethos is to eschew expensive signings in favour of schooling and honing all of their players through their various academy sides, with the long-term goal being to have a completely homegrown side competing in the Super Lig by the 2019/20 season.