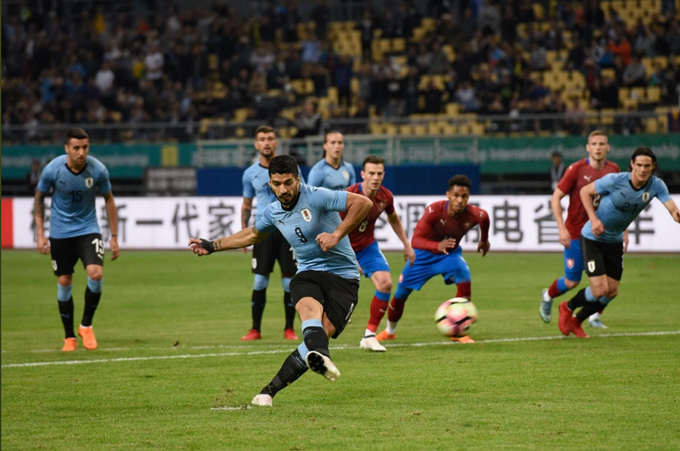 With Wales kicking off the China Cup with a 6-0 rogering of the hosts on Thursday afternoon, the other two competing nations – Uruguay and Czech Republic – followed suit today.

With that, Suarez becomes the very first Uruguayan ever to score 50 goals for his country, and only the seventh South American player in history to reach a half-century – the other six being Pele (77), Ronaldo (62), Romario (55) and Neymar (50) for Brazil, and Lionel Messi (61) and Gabriel Batistuta (54) for Argentina.

At the time of writing, Uruguay are currently 2-0 up over the Czechs in Guangxi thanks to a goal from their second highest goalscorer of all time, Edinson Cavani (his 41st international strike).