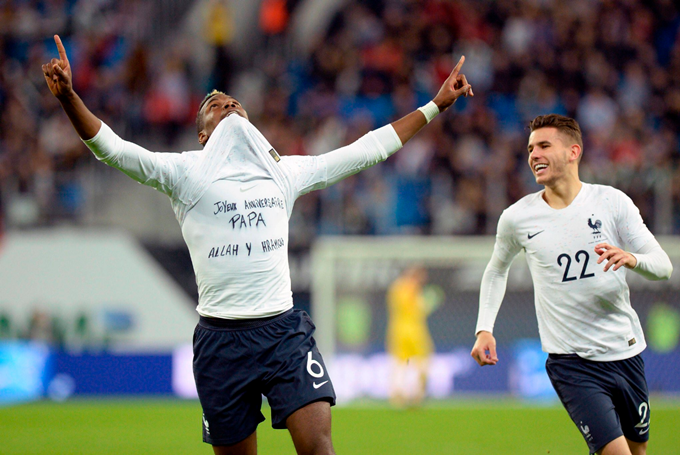 For starters, the 25-year-old set up Kylian Mbappe’s fine opener just before the break…

Then, soon after the break, Pogba curled home a beautiful free-kick from all of 30 yards that nestled oh-so-sweetly behind Andrey Lunev.

The former Juventus superstar celebrated the goal by paying tribute to his late father, Fassou Antoine, who would have been 80 on the day of the match.

On 68 minutes, the hosts got one back, via Fedor Smolov’s close-range effort.

However, Didier Deschamp’s charges restored their two-goal advantage before the end, with PSG star Mbappe nabbing his second of the game after firing through the legs of goalkeeper Lunev, albeit after some nifty footwork in the box.

France, with incredible squad depth, will head to Russia this summer as one of the favourites to lift the World Cup, with Pogba, whatever his club situation, sure to be one of his side’s star men.