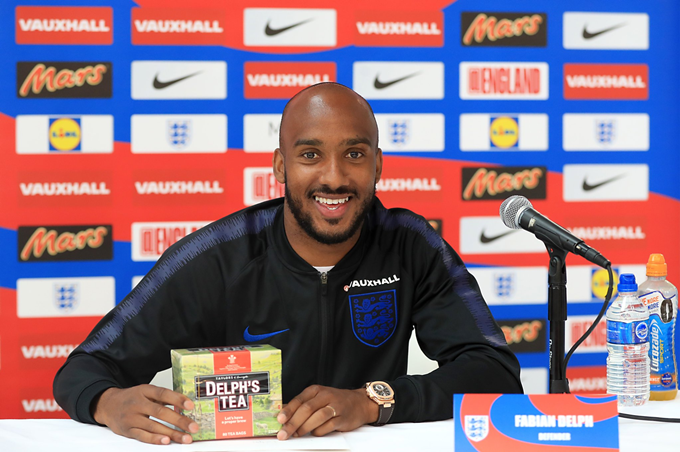 England staged an open media day at St. George’s Park on Tuesday, during which Fabian Delph landed himself a lovely bit of World Cup swag.

Earlier in the week, the Man City midfielder admitted that the first thing on his personal list of essentials for the imminent trip to Russia would be a box of his favourite brew, Yorkshire Tea.

Just double checking something for an article and was reminded how much I love Fabian Delph: pic.twitter.com/aKANUtFA6r

Being a man of impeccable taste and culture, Yorkshire Tea themselves made sure Delph wouldn’t have to go weeks without a decent cuppa by plying him with his very own customised box of tea bags.

You can tell Fabian Delph is a Yorkshireman 😂👌🏽☕ pic.twitter.com/r5kbtwKrt6