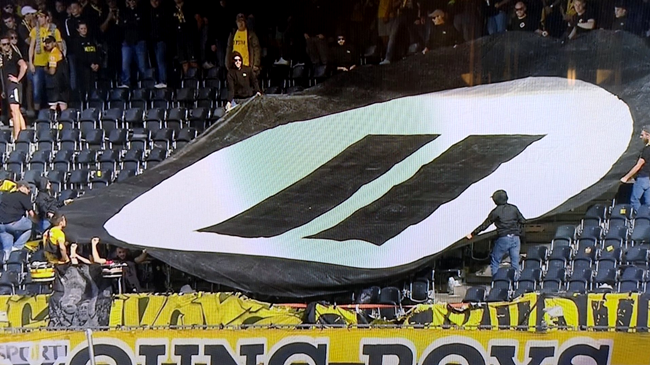 In what surely must be unprecedented scenes, Young Boys saw their Swiss Super League clash with Basel on Sunday interrupted by fans hurling video game controllers onto the pitch.

The referee was forced to halt the game for several minutes as the Young Boys ultras begun a pre-planned protest against eSports, which included a giant pause button being unfurled in the stands along with a banner that simply read “Shit eSports”.

The fans also chucked objects onto the pitch to interrupt the game, with tennis balls and even Playstation control pads finding their way onto the turf at the Stade de Suisse…

Young Boys don’t actually have an eSports team but it looks like their ultras are dead against it anyway.

Not that the hubbub derailed the actual players in anyway as they went on to thrash Basel by seven goals to one.