Gibraltar enjoyed a shock 1-0 victory away to Armenia in the UEFA Nations League at the weekend, their first-ever competitive win.

The historic encounter got off to a bad start for the visitors, with officials at the Vazgen Sargsyan Republican Stadium playing Liechtenstein’s anthem instead of Gibraltar’s.

Still, the minnows of Gibraltar, matched an Armenian side captained by Arsenal’s Henrikh Mkhitaryan, and eventually scored the momentous goal on 50 minutes.

Joseph Chipolina’s was the hero for Gibraltar, converting a penalty after Lee Casciaro was fouled in the box.

Gibraltar, who officially joined UEFA in 2013, held on to secure their first-ever win in 23 competitive fixtures. 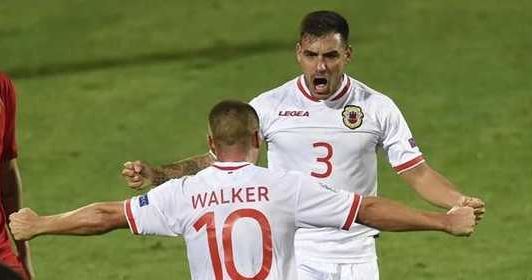 Not surprisingly, the players and staff were rather pleased with themselves at the final whistle…