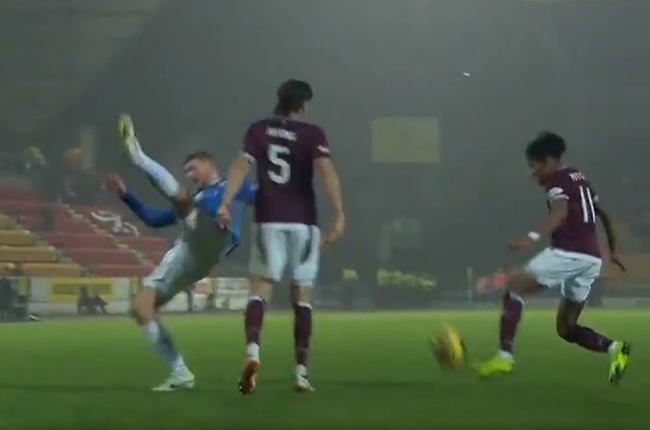 St Johnstone and Hearts shared the points in their Scottish Premiership tie at McDiarmid Park on Thursday evening, with the match ending in a 2-2 draw.

The home side had been trailing since the 41st minute but eventually forced an equaliser in the 69th minute when defender Liam Gordon conjured up a penalty from thin air.

Indeed, Gordon was awarded a spot-kick when he fell to the ground in the rough proximity of Hearts counterpart Peter Haring, which was enough to convince referee Andrew Dallas to give his whistle a thweep…

WAS IT A PENALTY?

St Johnstone’s Liam Gordon falls to the turf next to Hearts’ Peter Haring and earns his side a penalty. pic.twitter.com/ITfDAwb9sm

Atrocious. Honestly, we’re not even sure Gordon’s tumble is bad enough to constitute being classed as a deliberate dive either.

Just complete shite all round, really.