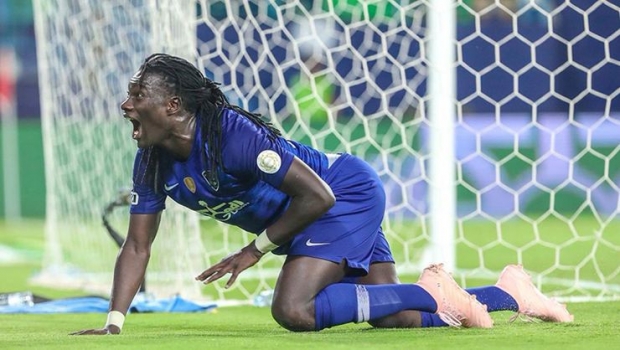 Bafetimbi Gomis is firing out in Saudi Arabia these days, having scored 19 goals in 24 appearances since his arrival in August.

Indeed, Gomis stuck away the opener in Al-Hilal’s 2-0 win over Al-Ittihad on Thursday night and duly celebrated with his trademark “growling panther” routine.

However, the big cat strayed a little too close to the poor, defenceless ball boy stationed on the touchline, who was forced to flee in terror as Gomis brandished his claws and fangs…

Realising he had terrorised an innocent child, Gomis apologised after the final whistle and gifted the lad his match-worn shirt.

Judging by the apprehensive look on his face, we’re not 100% certain the boy had recovered his wits by the time the French striker attempted to make amends.