David Beckham took time out from being criticised by journalists on both sides of the Atlantic to overhit a pass to a Chinese Olympic organiser. Becks took part in the handover section of the closing ceremony as part of the London 2012 team. He appeared with Leona Lewis and Led Zeppelin guitarist Jimmy Page.

UPDATE: It was good until the internet police arrived. Photo after the jump. 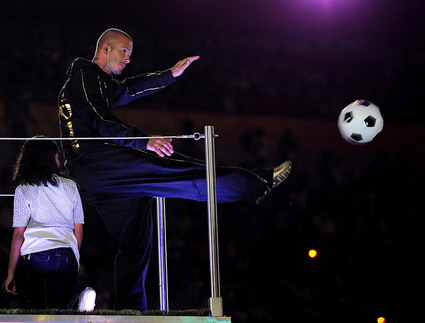