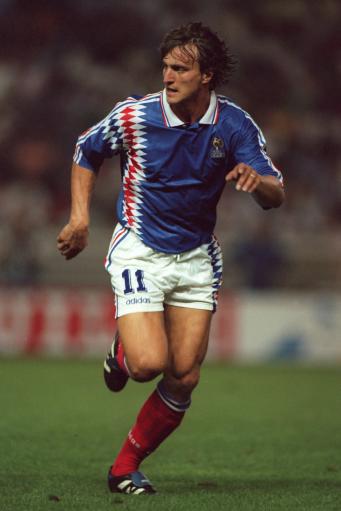 Luscious-locked footballing woman’s crumpet, David “Because I’m worth it” Ginola is to sue his former France boss Gerard Houllier over offensive comments allegedly made by the former Liverpool manager in a new book, Coaches’ Secrets.

The trouble all stems from that infamous World Cup qualifier in November 1993, when France conceded a last-minute goal against Bulgaria in Paris. With the home side only needing a draw, the scores were level as 1-1 with only seconds left on the clock. However, rather than hold on to the ball in the corner of the pitch to see the game out, Ginola fired over a misplaced cross, which allowed the Bulgarians to counter-attck and score a winner, courtesy of Emil Kostadinov. Bulgaria thus proceeded to the finals while France crashed out.

After that disaster, Houllier resigned, saying: “The adventure is over all too soon. With only 30 seconds remaining we were there but we got stabbed in the back and at the worst possible time.”

“The referee still had his whistle to his mouth when Ginola won that free-kick near the corner flag, but then he goes and sends in a huge 60-metre cross instead of hanging on to the ball. That allowed Bulgaria to go and hit us on the counter.”

Houllier has seemingly never managed to forgive Ginola for his error, and has always blamed the former PSG man for Les Bleus’ non-show at USA ’94. Now, in the new book, the former Aston Villa boss has apparently had another go at the player, and this time Ginola has had enough.

The first court date is scheduled for December 12 in Toulon.

Here’s that infamous goal again. But surely France could have defended it better even after Ginola’s wayward cross?