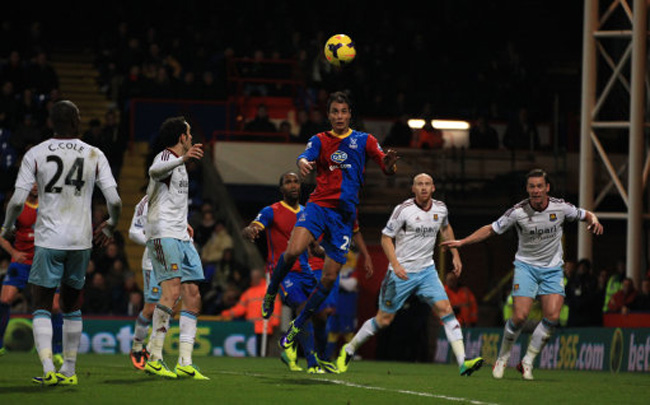 Arsenal cast-off Marouane Chamakh headed home a precious winning goal for Crystal Palace on Tuesday against West Ham, securing three points for the Eagles which move them off the bottom of the Premier League table.

The goal came just before half-time, after the Hammers had come close to opening the scoring themselves, courtesy of Mo Diamé. However, it was the Arsenal loanee Chamakh who glanced home the goal after a cross from Barry Bannan.

Hammers’ keeper Jussi Jaaskelainen needed to be at his best to stop the home side extending their lead, making a couple of fine saves after the break but despite not adding to their lead, Tony Pulis’ side stayed strong at the back to secure all three points against a rather limp West Ham side.

Highlights (of the goal anyway)…