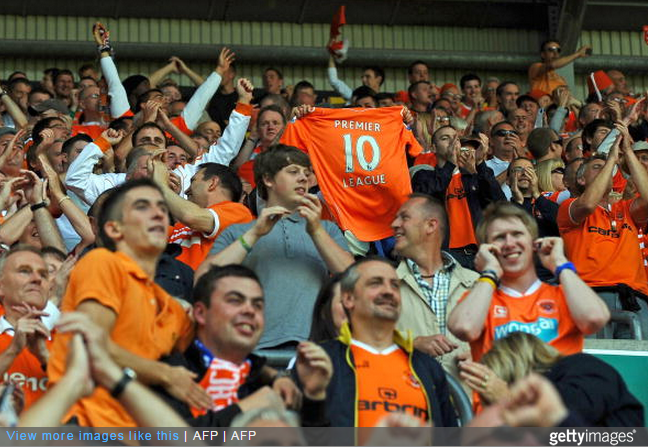 Blackpool’s first ever match in the Premier League saw them stick four unanswered goals past Lancastrian rivals Wigan to seal the club’s first win in the top flight for over 40 years and set the Tangerines fans off dreaming about the new-found possibilities that lay ahead.

The game was switched from Bloomfield Road to Wigan’s DW Stadium because of unfinished renovation work at Blackpool’s ground, though the visitors still turned up and controlled the game from the off.

Gary Taylor-Fletcher put the visitors ahead on 16 minutes after Brett Ormerod and Marlon Harewood had gone close. Another Taylor-Fletcher effort was ruled offside before Harewood bagged a couple in a six-minute spell just before half time.

Alex Baptiste then padded out the spanking with a fourth goal 15 minutes from full-time.

After the game, with Blackpool sitting pretty at the top of the Premier League table (until Chelsea stuffed  West Brom 6-0 in the late kick-off) manager Ian Holloway did the done thing and refused to get carried away.

“We still have our feet on the ground and have a long way to go,” Holloway wibbled.

He was right. Blackpool ended up being relegated that season, missing out by three points on the final day of the season. The team that finished just above them?

Of course it was Wigan.