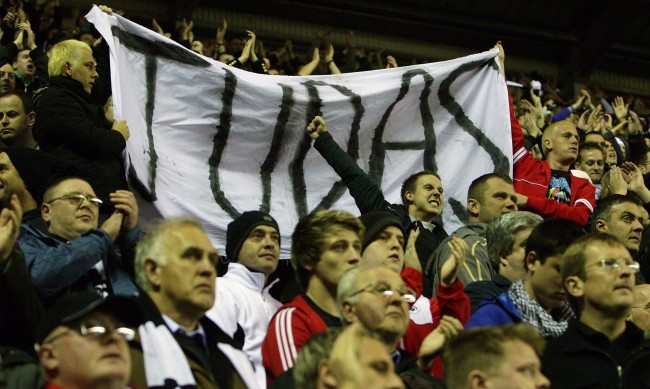 If it seems strange that anyone would consider the charming, articulate Spaniard a Judas, then you should know that many Swans fans still harbour a serious grudge against Martinez, mainly because he left their club by choice, despite once saying he would only do so against his will. Indeed, according to a piece on Wales Online, Martinez went “from the most popular figure in Swansea to even lower than public enemy number one” (aka Cardiff bigwig Sam Hammam).

This is all very harsh on the man who worked wonders at Swansea, and who was once loved by the club’s fans, but one man’s ambition is another fan’s disloyalty.

Incidentally, Wigan beat Swansea 2-0, with £6m striker Mario Boselli scoring his first goal for the Latics. Some pics from the DW below: