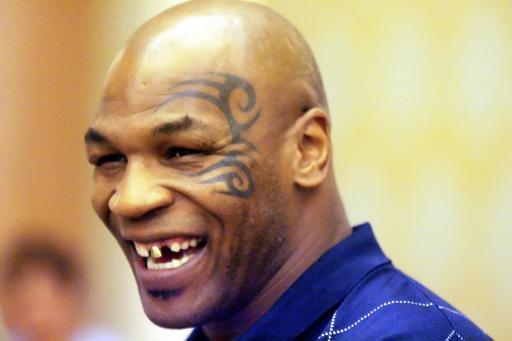 Not that he’s the kind of character witness you’d want to depend on in a court of law but for what it’s worth Mike Tyson has spoken out in support of his Twitter buddy, Luis Suarez, after the striker was banned from going near his work colleagues for the next four months for you know what.

In a career and indeed life littered with terrible decisions, Tyson once infamously chewed on Evander Holyfield’s ears not once but twice during a heavyweight boxing match back in 1997, so therefore feels he’s adequately qualified to offer his sympathy to Bitey McBiterson.

“Suarez’s bite? I understand it, it was a blackout moment which can happen at times,” Tyson is quoted as telling Corriere dello Sport.

“It was just one moment in which the competition can make the blood in your veins boil and it overpowers your rationality.

“Sometimes you become something that you are not.”

Tyson’s comments came shortly before FIFA announced today that Suarez’s appeal over his global football ban has been unsuccessful.

Given his past “transgressions”, it should come as no surprise that Tyson almost immediately began following Suarez on Twitter after the Liverpool striker sated his appetite for human flesh by biting Chelsea defender Branislav Ivanovic on the bicep last April – proving, if nothing else, that the internet is great way to meet like-minded people.