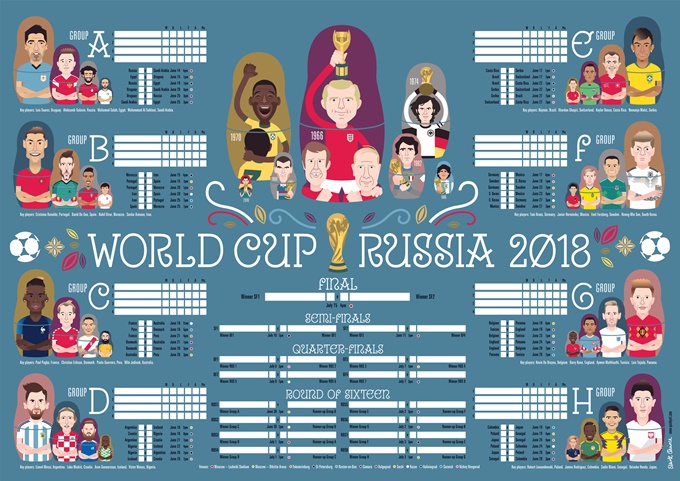 Just as he’s done for the last five major tournaments, illustrator Elliott Quince (@ElliottQ) has knocked out another superb hand-drawn wall chart for the upcoming 2018 World Cup in Russia.

Elliott has gone with a ‘Russian Doll’ theme for the artwork this year, which sees David De Gea crammed inside Cristiano Ronaldo and Mohamed Salah stacked neatly within Christian Eriksen and Luis Suarez, among several other troubling combinations!

As well as being lovely handcrafted works of art, the wall charts are once again being used to raise much-needed funds for the Luton and Dunstable Hospital Neonatal and Intensive Care Unit, where Elliott’s daughter was born back in 2009.

Should you wish to purchase one of these beauties, you can do so for a mere £10 through Elliott’s QuinkyArt website.

Wouldn’t it be nice if the Pies faithful could help bump up that total this time round?