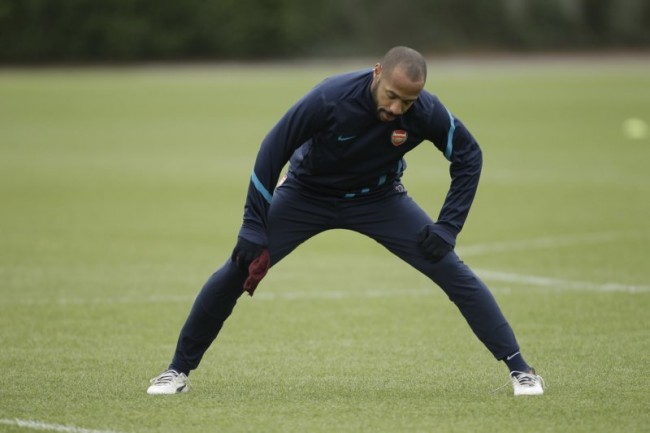 Just a few photos of Arsenal going through their paces at London Colney ahead of their Champions League  – Oh sweet, sweet Champions League, how I’ve missed thee so – last 16 tie against AC Milan at the San Siro on Wednesday night.

The training session will likely be Thierry Henry’s last with the club (barring a future third stint, of course) before he’s due to scuttle back to New York on February 16th after nabbing three goals in something like 96 minutes during his second spell up the Arse – though, of course, there’s always the prospect of a possible fourth in Milano tomorrow evening…