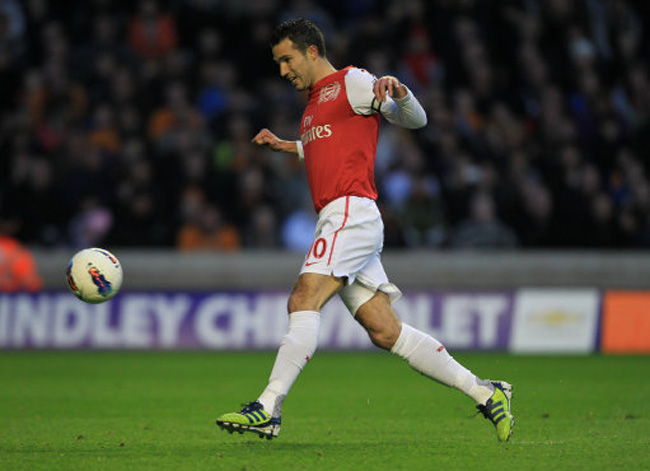 The last thing you need when you’re scrambling around for points in a relegation dogfight is to suffer a sending-off and a penalty in the opening period of a difficult clash with Arsenal. But that’s just what happened to poor old Terry Connor and his beleaguered Wolves side when Spurs loanee Sebastian Bassong was given his marching orders for pushing over Thoe Walcott in the box. RVP chipped home the spot-kick and it was, more or less, game over from there.

Walcott made it two on 11 minutes and despite the home side giving it a decent go (with Wojciech Szczesny forced into a couple of good saves), the Gunners eventually made it 3-0 in the second-half courtesy of Yossi Benayoun.

Wolves are dead and buried, six points adrift at the bottom, while the Gunners can surely look forward to another season of Champions League football.