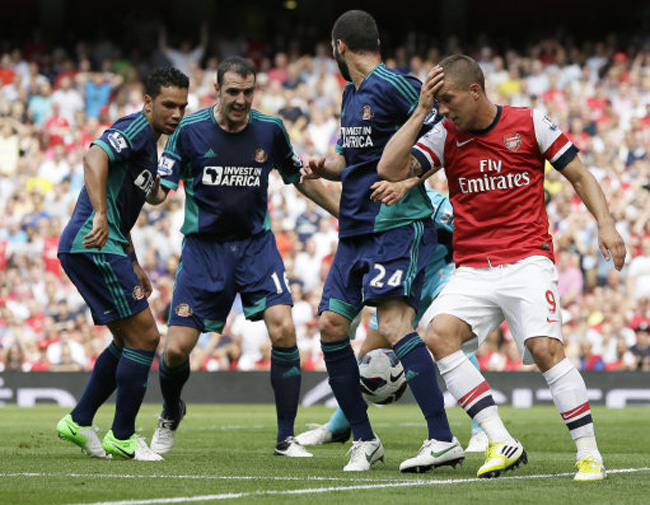 With RVP no doubt rolling around naked in wads of Mancunian cash this afternoon, his former team kicked off their 12/13 campaign with a rather trademark frustrating showing at the Emirates.

New boys Lukas Podolski and Santi Cazorla both started, with the impish Spaniard impressing in a scheming no.10 role. However, despite having the usual majority of possession and the best of the chances, the Gunners failed to find the back of the net. Sub Olivier Giroud was guilty of the worst miss of the game, skewing wide from 12 yards.

For Sunderland it was a well-drilled, satisfying start to the new season. For Arsene Wenger and co, it was a disappointing result. However, with the new boys still needing time to bed in, and a few more signings surely on the way (particularly with Alex Song off to warm the bench for Barca), things should only get better for the north Londoners.