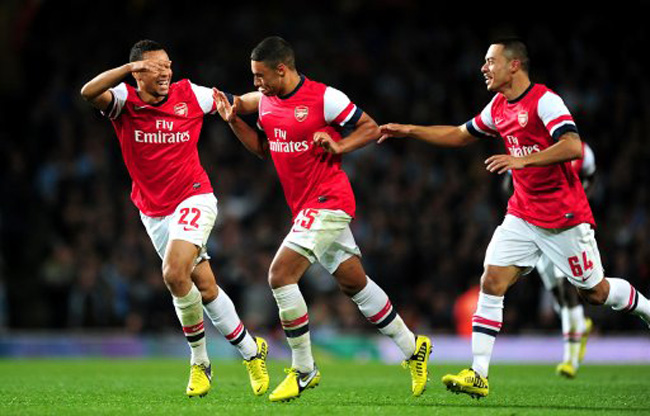 Poor old Olivier Giroud, a handful of games without a goal and already words such as ‘drought’ were being bandied around. Anyway, against Coventry at the Emirates tonight, the French striker broke his duck for the Gunners, courtesy of a lovely chip, thus scoring in a shorter space of time than it took a certain Thierry Henry. He did then go and spoil it all by missing a penalty (after a streaker incident delayed play) but assisted Andrei Arshavin’s strike on the hour-mark.

Other Gunner goals came from Alex Oxlade-Chamberlain with a superb effort, a brace from Theo Walcott (who was playing in a wide position again) and a goal courtesy of Spanish defender Ignasi Miquel.

The Sky Blues did get a consolation goal, from Callum Ball, but overall, it was a stroll for the Gunners in a nearly-full Emirates.