Poor old Lukas Podolski didn’t have the best of games in the Gunners’ 2-0 defeat at the hands of Man City on Sunday, but the loss doesn’t seem to have affected the German international too much.

On Monday evening, the day after the defeat, the attacker both updated his Facebook page and Tweeted to his followers that, hey “Shit Happens”. Yes Poldi, shit does indeed happen. Although, if you’re an Arsenal fan, it would happen a lot less if your highly paid German striker put the ball in the back of the net a bit more often, not to mention track back every now and then. While other Arsenal fans might also suggest that ‘shit’ is far more likely to happen to a team if the players themselves are indeed, ‘shit’.

Anyway, here’s the full message in both social mediums (I’ll get the Friends Reunited and MySpace ones later). 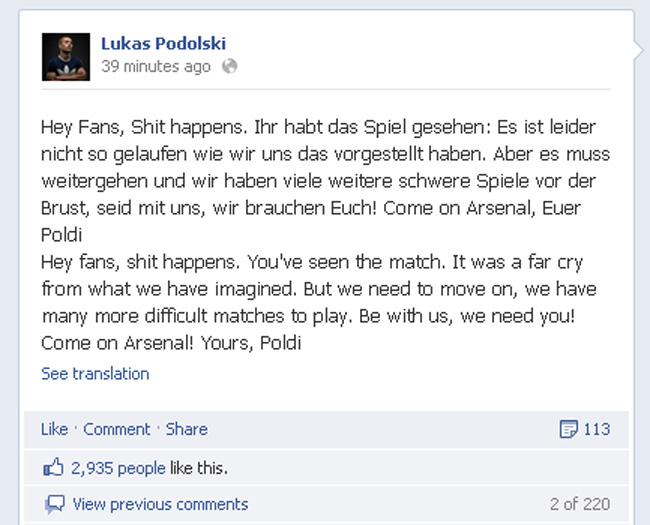