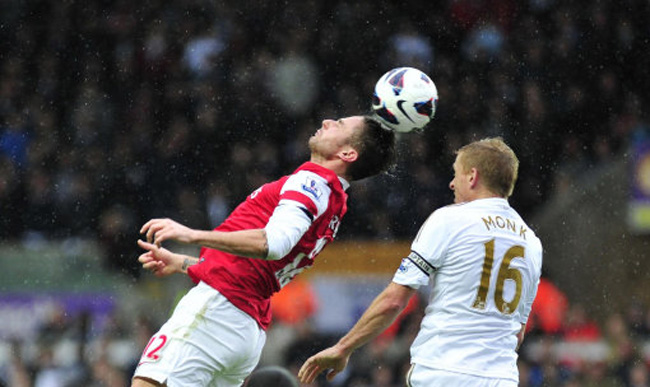 With a trophy under their belts and a comfortable mid-table position, Swansea had rather less to play for than Arsenal today, and ultimately it was the Gunners who deservedly came out on top.

The home side were the better side in the first period, putting together some impressive periods of possession, although Alex Oxlade-Chamberlain was unlucky not to get on the scoresheet, hitting the crossbar not once, but twice. However, at the other end of the pitch, goalkeeper Lukasz Fabianski, keeping his place after an impressive midweek performance in Munich was rarely troubled.

After the break, the Gunners improved, sensing the importance of getting and result. Indeed, they dominated most of the second period, with Santi Cazorla superb in midfield and Carl Jenkinson tireless on the right flank. And then, with just 15 minutes left to play, the unlikely hero for Arsenal was full-back Nacho Monreal, who fired home a bobbly effort to put the visitors ahead.

A vital win which could prove pivotal in the race for Europe.

Photos… (PA haven’t made many available, sorry ’bout that!)