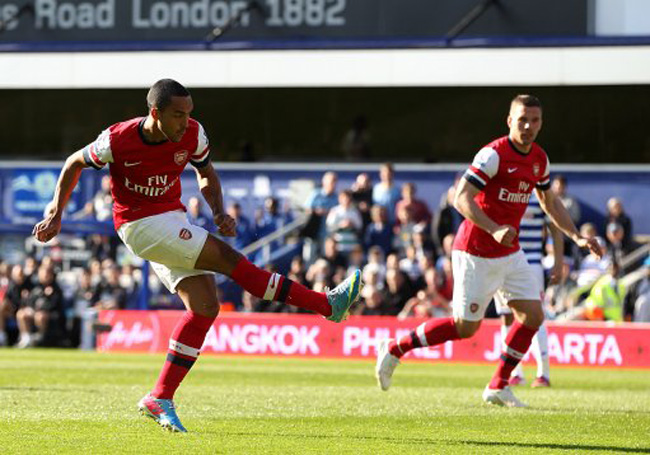 After seeing their top four rivals Tottenham struggle to win 1-0 against Southampton, Arsenal produced a similarly nervy win against QPR at Loftus Road.

The Gunners got off to the perfect start, when Theo Walcott netted after just 20 seconds (the earliest goal in the top tier this season). However, despite having most the possession for the rest of the half, the visitors struggled to deliver a decent final ball as the home side, already relegated, started to come back into the game.

Indeed, after the break, it was the Hoops who threatened more early on, with Loic Remy a constant threat. However, as the game wore on, Rangers started to tire as the Gunners fought until the final whistle to protect their lead.

The win sees Arsene Wenger’s men take third spot, two points clear of both fourth-placed Chelsea (with two games in hand) and fifth-placed Spurs (one game in hand).  With Spurs and Chelsea still to play each other, this race for Europe will  run until the very last ball is kicked in anger this season.