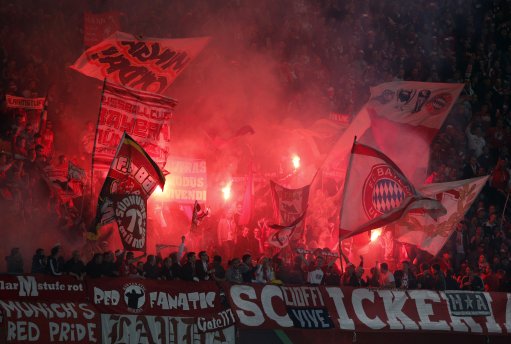 Bayern Munich have announced that the club intend to subsidise the price of their fans’ match tickets for the upcoming Champions League last 16 first leg against Arsenal as “a small thank-you for the great support” the club have received in the past 12 months.

Instead of having to shell out a whopping €75 (£62) for a seat at the Emirates, Bayern Munich are reducing the cost to ‘just’ €45 (£37) despite having 18,000 travelling fans already apply for the 2,974 tickets that have been made available for the game against the Gunners on February 19th.

The German giants said they realised the full ticket price would make a “huge dent in supporters’ wallets” and therefore decided to put almost €90,000 from the club coffers toward knocking the price down for their fans, with a club statement reading thus:

“Of particular note is the fact that a large number of Bayern fans not only go to the big occasions, but also attend every away game: and this loyalty means attending a high number of games a great deal of the time, which makes a big dent in supporters’ wallets.

“Bayern have therefore decided to subsidise the tickets for the away game at Arsenal with nearly €90,000. Thus meaning every Bayern fan who buys a ticket for the game…in London, will pay only €45 (instead of the regular €75). This is intended to represent a small thank you for the great support of the followers in the past calendar year 2013.”

Classy. The Germans just seem to know how to get this whole ‘club-supporter’ relationship thing spot on, no?