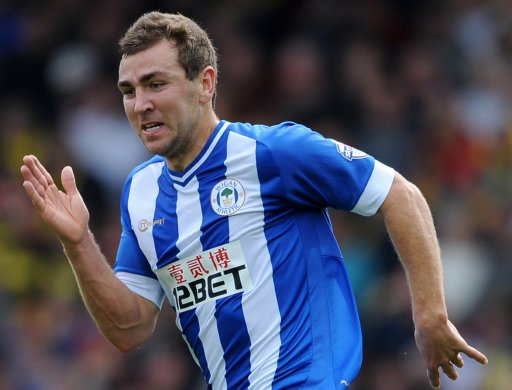 Despite his wife being fit to burst in a hospital bed, having her labour induced and generally teetering on the verge of delivering their child on Wednesday night, Wigan midfielder James McArthur made sure his priorities were in check by having a television screen rigged up next to her bed so he could watch the Champions League game between Arsenal and Bayern Munich while she faffed about with all that ‘push, push, push’ baby delivering malarkey…

Misses is getting induced and hopefully having baby tonight but I ain’t missing the footy #arsenal pic.twitter.com/XAPW6M1698

Far be it from us to quibble, but surely Saving Private Ryan isn’t the most suitable film to watch as you’re about to give birth? Maybe we’re just old fashioned that way.

Still, it looks like it all went according to plan, with McArthur’s next Tweet proving as much…

Only other dads will understand the feeling of watching your baby born, crying was a understatement #blubbering pic.twitter.com/GPR6w5VEE0

Yep, that definitely looks like the face of a man who got to watch the football after all!