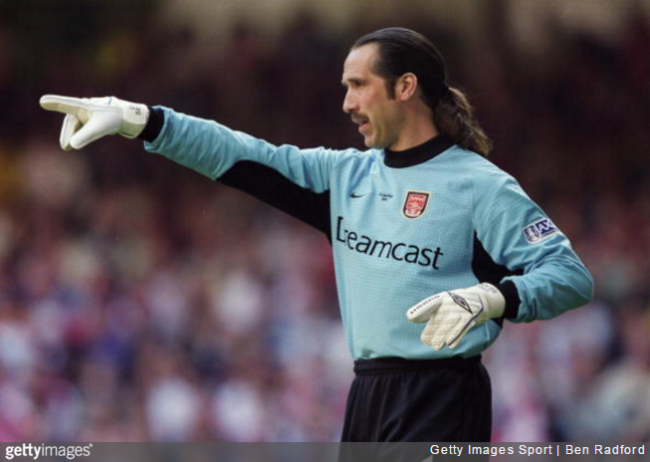 It was a recurring shoulder injury that finally persuaded David Seaman to call it a day in football at the grand old age of 40 – his announcement bringing to an end an illustrious career that had spanned 23 years, six clubs and 75 England caps.

Born in Rotherham, Seaman started his career at Leeds United in 1981, the club he supported as a boy. Then-manager Eddie Gray didn’t rate him, so he joined Peterborough United and subsequently started to make his name.

In 1984, he was signed by Birmingham City, but following that club’s relegation from the First Division in 1986, he signed for QPR and in 1988 gained his first England cap at the age of 25 – making his international bow in a 1-1 draw against Saudi Arabia.

By 1990, league champions Arsenal had Seaman in their sights. George Graham paid £1.3million for him, then a record fee for a British goalkeeper.

Seaman’s 13-year stint at Arsenal coincided with the most successful period in the club’s history. He won eight major trophies, making 405 appearances.

During his final season in North London (2002/03), he made his 1,000th professional appearance. He ended his Arsenal career having played in goal for the club more times than any other ‘keeper and sitting second on the Gunners’ all-time Premier League appearances list, behind Ray Parlour.

With England, he played at two World Cups and two European championships, consolidating his position as one of the world’s top goalkeepers and his reputation as an accomplished saver of penalties. He was also awarded an MBE in 1997 for his services to British sport.

Released by Arsenal in the summer of 2003, Seaman initially signed a one-year deal with Kevin Keegan’s Manchester City and went onto make 19 appearances before retiring the following January.