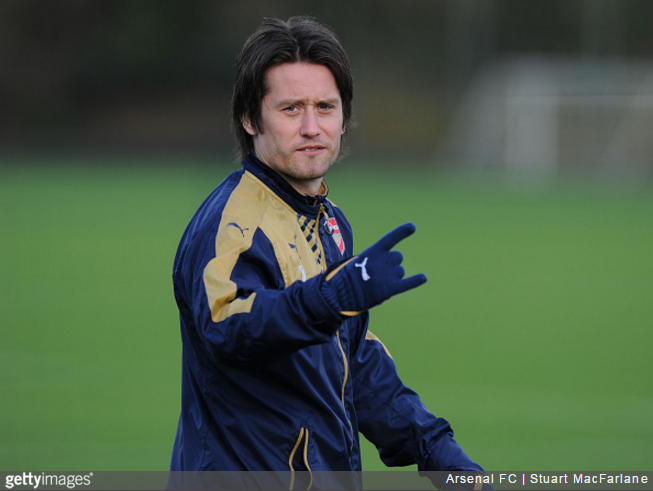 “I lost these two in an unfortunate marshmallow-eating accident”

Tomas Rosicky has become something of a poster boy for Arsenal’s infamously overworked medical department over the years, but the truth is that the 35-year-old has suffered with a, shall we say… “temperamental constitution” for pretty much his entire footballing life.

After eight months out with knee injury, Rosicky actually made it onto the pitch in Arsenal’s FA Cup win over Burnley on Saturday. However, he has since been ruled out again for another six weeks after picking up a thigh issue during the game despite only playing for 20 minutes.

Indeed, after Rosicky’s latest mishap, a fan has made it his duty to accurately map every single injury the Czech midfielder has suffered since making his senior debut as a teenager for Sparta Prague in 1998.

The resulting infographic is the hard work of Reddit user xmakelele, who trawled back through hundreds of Czech news items in order to accurately list every single niggle, knock, knack and total breakdown that the luckless Gunner has suffered throughout his career – that’s 53 in total.

Take it from us, it makes for depressing reading… 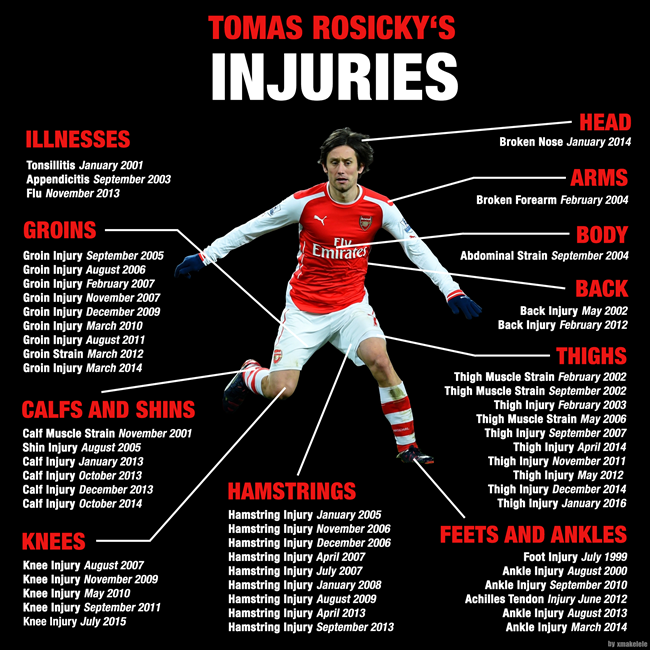 The man’s in bits. In fact, it’s a wonder he’s not been sold off for scrap at this point.