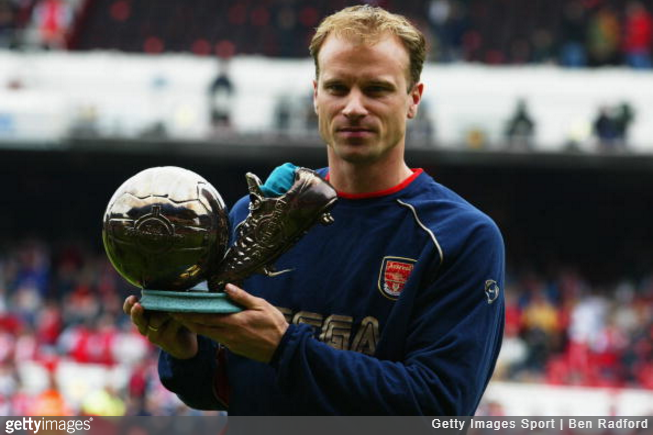 Dennis Bergkamp’s classic twisty-turny pirouette against Newcastle in 2002 has been voted as the greatest goal ever scored in 25 years of Premier League football.

The vote was conducted by BBC Sport, who polled more than half a million fans to ascertain the finest goal scored since football began in 1992.

Five goals were shortlisted from the five separate five-year eras between ’92 and today, with Bergkamp pitted against Tony Yeboah (vs Wimbledon, 1995), Thierry Henry (vs Tottenham, 2002), Wayne Rooney’s acrobatic shinner (vs Man City, 2011) and Jack Wilshere’s tippy-tappy goal against Norwich in 2013.

Writing in his autobiography, ‘Stillness and Speed’, Bergkamp described the thought process involved in his goal against Newcastle thus:

I want the pass from Pires to my feet, but it comes behind me. It’s not what I expect, so I think: I need another idea here.

It’s the all-or-nothing part of my game. I could have gone for the safe way, control the ball and knock it back. Or maybe turn. But I know the defender is stepping in, and the pace of the ball can help me. Ten yards before the ball arrived I made my decision: I’m going to turn him.

And turn him he did, before ramming a hand in his face for good measure. Nikos Dabizas hasn’t been seen or heard from since.

Best guess is that he’s retreated from society altogether, living in silent isolation in a Nepalese mountain hovel.