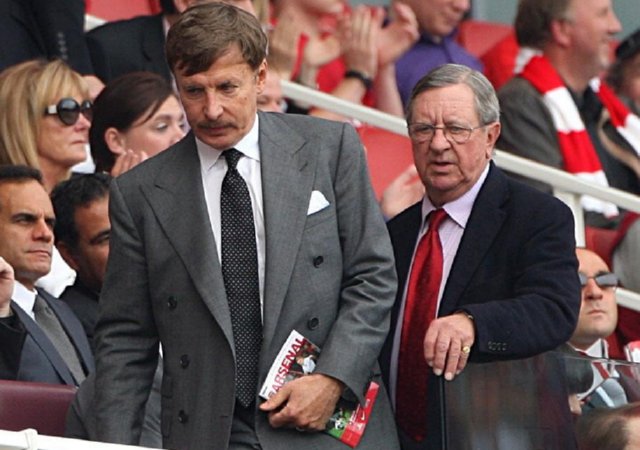 Arsenal are all but set to announce a formal takeover by Stan Kroenke this morning, after the American tycoon increased his stake in the club to over 62% by agreeing to snaffle up shares from Danny Fizman and Lady Nina Bracewell-Smith.

Kroenke Sports Enterprises first purchased 9.9% of shares in the Gunners back in 2007, and must now bid to buy up the remaining shares after taking their stake to approximately 62.89%.

The long and short of the business wranglings is that Kroenke has now taken a controlling stake in Arsenal and has also agreed terms for the purchase of the remaining stock – a deal which values the club at somewhere between £731-900 million, depending on who’s calculations you choose to place your faith in.

“We are excited about the opportunity to increase our involvement with and commitment to Arsenal.

“Arsenal is a fantastic club with a special history and tradition and a wonderful manager in Arsene Wenger. We intend to build on this rich heritage and take the club to new success.”

With Arsenal near-as-damnit to being self-sufficient (or so they continually claim) from a financial standpoint and their operative debts not a particularly pressing issue as a result, it is thought that Kroenke will able to pump a significant amount of his greenbacks directly into the club’s coffers  – which, I suspect, is music to the ears of supporters who have had to oversee yet another ‘dry hump’ of a season at the Emirates.

What say you Gooners? Are you confident that, in Mr Kroenke, will Arsenal have the right man at the helm for the foreseeable future?