Having travelled to England for the Champions League final early to avoid ‘The Ash Part II’, Barcelona’s resident slapstick merry-makers-in-chief, Carles Puyol and Gerard Pique, took time out from training at Arsenal’s London Colney complex to engage in a spot of visual comedy – ‘nicking’ Cesc Fabregas from under Arsene Wenger’s nose… 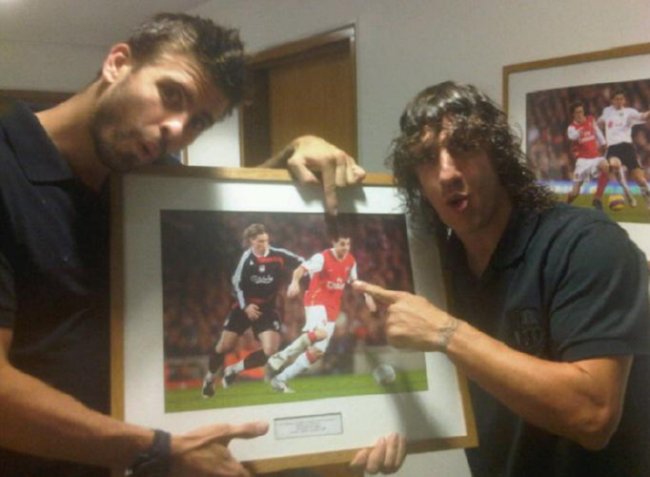 See what they did there?