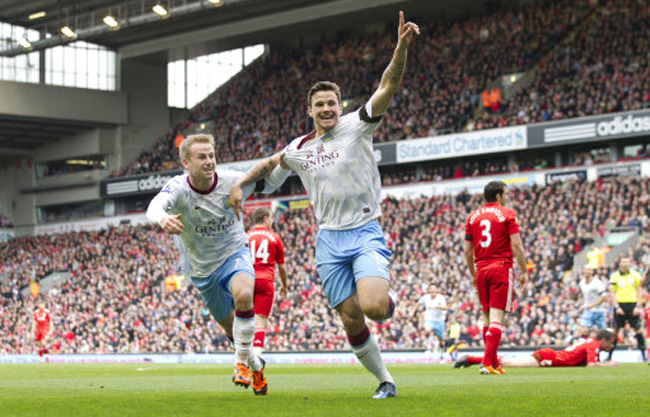 Liverpool brought to an end a run of three league defeats in a row on Saturday but failed to give the home fans much to cheer about in their 1-1 draw with Premier League strugglers Villa.

Indeed, the Reds have now drawn nine of their home league games this season, as their hopes of securing a Champions League berth now look dead and buried.

Aussie midfielder Chris Herd opened the scoring for the Villans after just 10 minutes, netting from a clever cut back courtesy of Barry Bannan after stand-in goalie Doni had failed to deal with a cross. Luis Suarez, on the other hand, did his best to get his side back into the game and was the subject of a couple of penalty shouts as the Reds pushed for the equaliser.

Both Dirk Kuyt and Andy Carroll missed good chances for Liverpool while Suarez and Craig Bellamy both hit the woodwork. Then on 82 minutes, The Uruguayan was in the right place at the right time to net the equaliser from close-range after Daniel Agger had seen his effort come back off the crossbar.

However, Villa held on to secure a valuable point in their quest to stay clear of the danger zone. As for Kenny Dalglish’s Liverpool, they find themselves in eighth place, a point behind Everton.