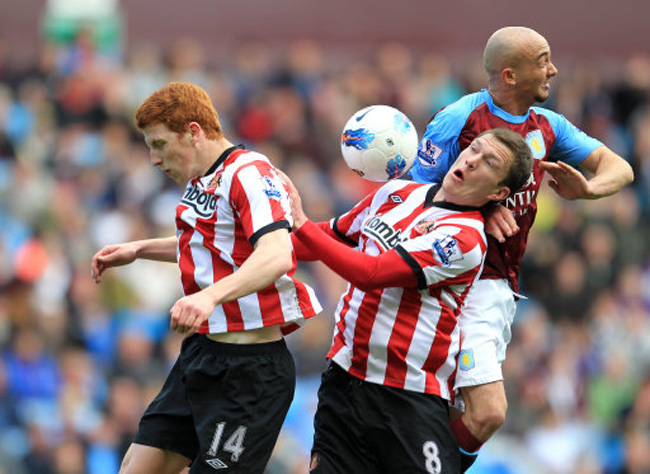 It must be somewhat difficult to be a Villa fan these days. With an ex-Birmingham City manager imbuing your team with about as much pzazz as a Marillion album track, and a squad desperately in need of a major overhaul, there have been better times to support the Villans.

Saturday saw Villa Park play host to yet another disappointing spectacle, as former Villa boss Martin O’Neill returned with his Sunderland side. Nicklas Bendtner came closest to scoring, missing two good chances before having a goal ruled out for offside, although the Villans did create a few decent chances themselves. Sunderland also lost Craig Gardner to a sending-off at the death.

However, ultimately, the game would end in stalemate as Alex McLeish’s dour brand of football once again failed to light up Villa Park.

Villa are now just five points clear of the drop-zone while Martin O’Neill and co. continue to enjoy the top half of the table.