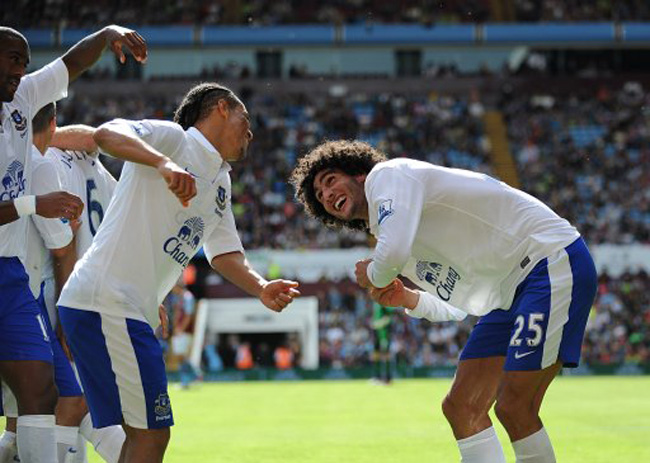 Aston Villa, having barely strengthened their squad during the summer, were utterly dire at home to Everton, with the visitors going in 3-0 up at the break.

Steven Pienaar opened the scoring with a superb effort early on while Marouane Fellaini headed home his second of the season. Nikica Jelavic then made it three just before the break.

Irish defender Ciaran Clark saw red in the second half although new-man Karim El Ahmadi did nick a consolation goal for the home side.

While David Moyes’ men continue to flourish in the early stages of this new season, Paul Lambert will be well aware of the task he has ahead of him.