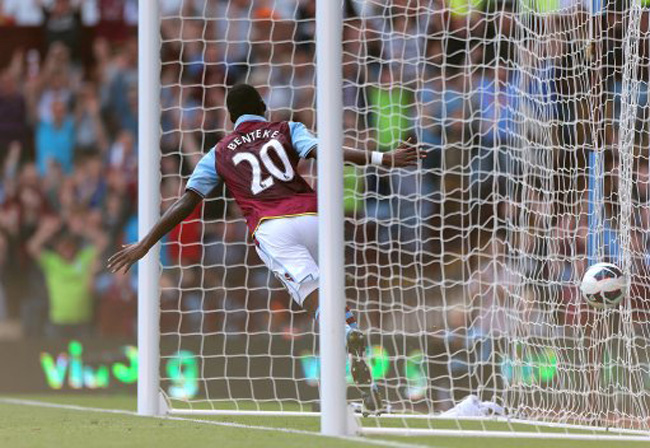 Paul Lambert’s Aston Villa finally secured a victory this season after battling to a superb 2-0 win against Swansea at Villa Park.

Summer signings Matthew Lowton and Christian Benteke were the goal-heroes for the Villans, with the former netting a fine opener after just 16 minutes. Michael Laudrup’s side, while not at their best, did their best to level the scores but Brad Guzan in the Villa goal was in fine form. Indeed, it was debutante Benteke who would score next, securing all three points for the home side on 88 minutes, after chipping Swans’ ‘keeper Michel Vorm.

So Villa finally get that win, with Belgian international Benteke looking like he could trouble many a defence in the top division this season.